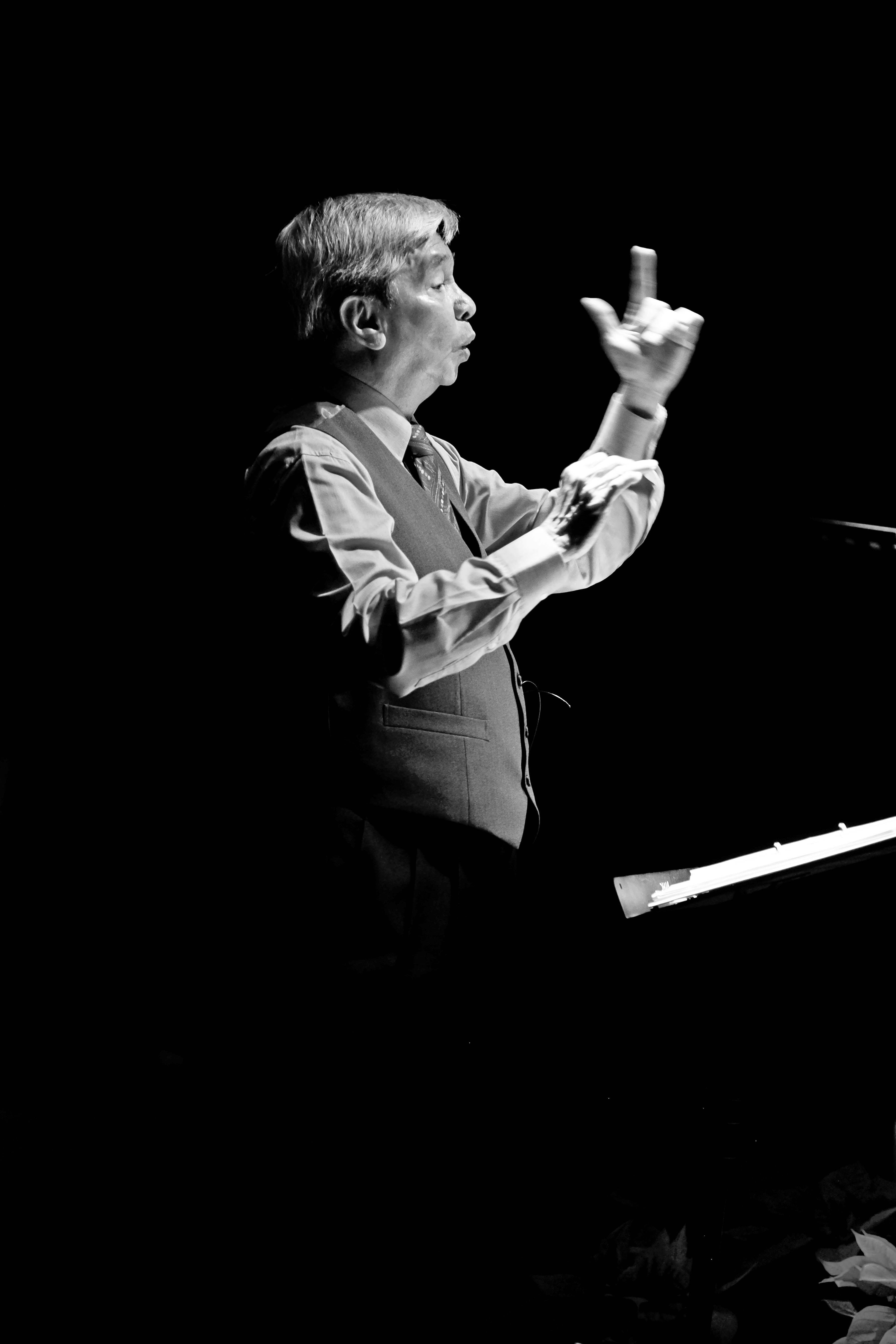 The Phil is proud to continuing working with Mervyn Peters as Choir Director for our current and upcoming 2020 season.

While Mervyn’s ties to The Phil runs deep, he returned to conduct the Choir in Songs for the Season 2018 which ran from 1-2 December 2018 at the DPAC. Songs For The Season marked Mervyn's return to The Phil as Guest Conductor after twenty-eight years.

Mervyn’s interest in music goes back to his teenage days in a band in Alor Setar. Moving to Petaling Jaya, he joined the St. Francis Xavier’s church choir in 1970 and eventually became Choirmaster the next few years.

In theatre, he started as a chorus member in Die Fledermaus (1975) and The Barrets of Wimpole Street (1976), both directed by the late Bosco D’Cruz , followed by his first musical as Musical Director for Camelot (1977), all the above with the Malayan Drama Council.

His involvement with The Philharmonic Society of Selangor (1976 – 1990) began with principal roles in Cinderella, The Boyfriend, Hello, Dolly!, Play It Again, Sam, and subsequently as Musical Director/Producer/Actor for Hammerstein’s Broadway, Serenade, Amahl and the Night Visitors (1979 and 1989), Trial by Jury, Oklahoma!, A Child Is Born, An Inspector Calls, Rhapsody in Rhythm, Once Upon A Showtime, Joseph and The Amazing Technicolor Dreamcoat, Hello Jerry, Guys & Dolls, The Mikado, and Stand and Deliver (1990).

During the above period, he attended an Orchestral Conductors’ workshop in Nice, France, sponsored by the French Embassy in 1981 whilst also being Resident Conductor with the Kuala Lumpur Symphony Orchestra (1986 –1991) – an orchestra performing suitably arranged classical music for young musicians. After returning from a Director’s course with the British Theatre Association in London in 1986, he began to focus on the technical aspects of theatre, which led him to be engaged by other theatre companies and corporations like The STAR, Sime Darby and major hotels mainly as a Lighting Designer, Technical Director and Stage Manager.

His first production for The Actors Studio (TAS) was as Lighting Assistant in A Man For All Seasons (1991). Thereafter, he was Lighting Designer for their production of Antigone, As Is, A Streetcar Named Desire, Philadelphia, Here I Come!, The Trees, and Savages. In 1997, he joined TAS as their General Manager/Technical Director for two years before joining the Malaysian Philharmonic Orchestra as Orchestra Manager in June 1999 - for the next twelve years.

He returned to music as Chorusmaster in TAS musical Broken Bridges (2006), then as Musical Director for Tunku – The Musical (2007), and Ismail – The Last Days (2008), which won him the Boh Cameronian Arts Award for Best Musical Direction.

He will never forget his mentor, the late Signe Syme (a co-founder of The Phil) nor will he forget that his years with The Phil helped him hone his skills.

Sign up for our newsletter to receive the latest news and event postings.